The Natal Family was founded by husband and wife team, Steph and Dean. 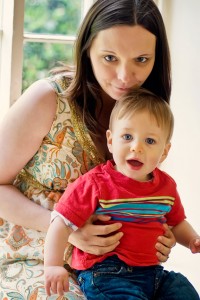 Steph is a MA Hons graduate from the University of Cambridge, part of her degree specialising in looking at the evolving role of the mother and midwife through history. She then worked for 8 years supporting children and their parents through advocacy and empowerment services. This included working with children labelled as ‘hard to reach’ – those with learning disabilities, profound and multiple disabilities, those on child protection registers and those in care. She became adept at working with children, using & developing alternative and augmentative communication tools to hear THEIR their voice (not that of the adults around them), such as signing, visual cues & objects of reference. Steph won several regional awards for her work, such as the LAYSER award for ‘Most Empowering’ professional working with children in the East in 2004, and the CSIP ‘Putting People in Control’ award in 2006, for her work in empowering children to have a voice in decision making and controlling their own lives.

Steph then developed to working as a trainer, training other professionals to engage with children, to use reflective practice and provide more person-centred, empowering systems of working. She has had two resource kits published, in 2006 a multi-format toolkit called ‘The Big Box’ aimed at school/youth work professionals, on how to empower disabled children in their personal decision making; and in 2007 the ‘Listen Up’ a toolkit, funded by the Big Lottery Fund and aimed at statutory and public sector organisations, on how to engage with children in shaping those services and making them user-led.

In 2007, Steph was also awarded a national DfES ‘Actions Speak Louder’ Award for her work empowering children and then became involved on a national project for the DCFS. That same year however, she became pregnant with her son and took a break from work to enjoy becoming a mum.

Steph is a mother of seven children and her passion has focused on empowerment of parents and children in the immediate antenatal/postnatal period. While on maternity leave with her daughter she set up Peterborough based company Bump, Birth & Beyond which became the leading antenatal & postnatal education provider in the East Midlands area. She worked and trained as Doula, a FEDANT recognized Antenatal Educator, and in infant massage and movement for baby. She has taught widely, including private classes as well as on behalf of Children Centres and Peterborough City Hospital.

The Natal Family was born out of Steph’s experiences as a mother, advocate, Doula, and teacher. Steph passionately believes that antenatal and postnatal support should make parents feel confident, empowered and supported. Steph brings to The Natal Family her own empathy as a parent, experience of working with 1000s of parents and children over 10 years, as well as a genuine empowering approach honed through working at the forefront of advocacy services. Steph’s vision is for accessible education & genuine empowerment, so parents learn skills, make their own parenting decisions, and grow in self-confidence.

Steph is also co-author of new book The His and Hers Guide to Pregnancy and Birth,’ published in June 2016. 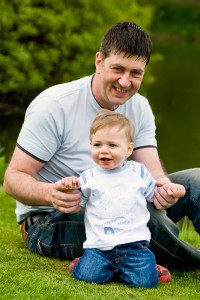 Dean Beaumont, is a father of seven and was the first professional male Antenatal Educator in the UK. He holds a Diploma of Childbirth Education (Dip CBEd), is a Baby Developmental Massage and Movement teacher, and a professional antenatal teacher trainer.

He is also founder of the highly innovative and award-winning DaddyNatal – the UK’s first dad-only antenatal classes, on topics tailored for dads-to-be, and facilitated by male antenatal teachers.

As co-founder of The Natal Family, Dean ensures that all our programmes are genuinely inclusive of both mums and dads, and unlike many, do not merely pay lip-service to the role of the father

Dean’s vision is to create inclusive services which empower men to be able access the learning and support they need to become great dads and supportive partners.

Dean is an expert in supporting & understanding dads, he has worked extensively with men, including running DaddyNatal classes on behalf of the NHS, through national events such as The Baby Show, and privately in locations throughout the UK. Dads-to-be can also now access his support and antenatal classes from their own homes, through DaddyNatal Online.

He is author of the bestselling The Expectant Dads Handbook, published by Random House, which has sold over 60,000 copies and was used by Russell Brand to announce his pregnancy in 2016, as well as being read by McFly dad Tom Fletcher, and seen on The Jonathan Ross Show.

He is also co-author of The His and Hers Guide to Pregnancy and Birth with his wife and Natal Family co-founder, Stephenie Beaumont.

Dean has an extensive worldwide network, and his work with dads is often quoted as a source of inspiration.

Acclaimed as an ‘Antenatal Pioneer’ (Daily Mail, 2011) Dean’s expertise means he is a regular speaker and contributor to events and features around the role of the man/father in the family and at birth.

Dean frequently is asked for his expertise in this field, and appearances include Channel 5’s ‘The Wright Stuff’, BBC 1s ‘The One Show’, and various BBC/CH4 documentaries, including the BBC3 documentary ‘How Sex Works’ in Jan 2012, BBC2 documentary ‘How to be a Dad’ in Feb 2012, Sky documentary ‘She’s Having a Baby’ in August 2014 and filmed with Jon Richardson for a Channel 4 documentary; as well as key industry conferences, including in 2015 at The Royal Society of Medicine and at Mumsnet’s ‘Bumpfest.’

He has written articles for most major parenting titles and organisations, including Gurgle, Mother & Baby Magazine and Prima Baby.

Dean also acted as Family Editor for leading UK Dads Charity Dad.Info, creating over 200 advice and support articles, including two entirely new information support sections for Step Dads and Single Dads, as part of a partnership with the Department for Education.

He has been recognised with a number of awards including an SBS title from Theo Paphitis for his work with Dads, ‘Best Dadpreneur’ from the Mumpreneur UK Awards, and ‘Business Parent of the Year’ from the prestigious Mum and Working UK Awards.